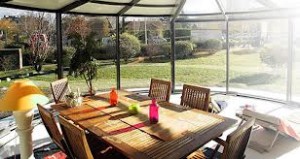 According to studies, if you sell the house, almost all of your expenses on building a mid-range two-storey house addition will be paid back.

Building a house addition is much cheaper than buying a new house. Well, this is quite obvious, even if comparing the cost a new house and your existing house plus the addition.

The addition is something that you can claim as entirely your own creation. It’s like a new home, all new even the design that could be your own brainchild without incurring the cost of actually buying an entirely new house.

Comparing to other ways of adding a new space in the house, like basement remodeling, constructing a house addition is a much better idea when you look at it objectively. Because you get to design and plan everything from scratch, building it from bottom to top. 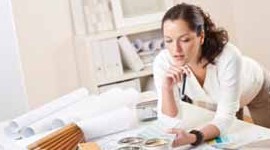 Although house additions have fairly high cost-value ratios than the other types of renovations, you cannot recover the expenses entirely if and when you decide to sell the house.

During the entire process of constructing your house addition, a lot of working crews and machineries will surround your house. In addition to that is the noise, dust, and clutter that result from the construction. Imagine it around you six days a week and it will surely get to be annoying at some point, draining all the thrill and excitement of planning and designing in the beginning. Plus there’s the contractor that could get exasperating to deal with sometimes.

Of course, house addition means additional new space. Consequently, adding more expenses on heating and cooling system, more gutters and windows to maintain and more space to clean. Add up to that the additional property taxes.

Building an addition could mean losing a portion of your yard, which you cannot recover anymore. Unless, of course, if you’re planning on constructing a second storey.

After giving all of these a really good thought, you can now decide whether you are going to give this house addition project a go. And there’s also the budget that you have to seriously consider. Call a trusted contractor today to help you out with this decision, Call Mr. Scott Fowler at (334) 246-2911 or fill out a contact form request. 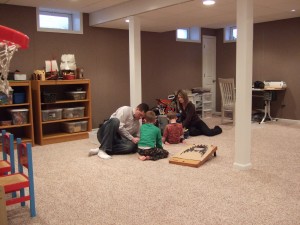 Homeowners who are planning to go on a basement finishing project needs to know a lot of things about the matter before they begin with it. And sometimes this can get overwhelming especially for someone who does not have inkling on basement finishing or any home renovation.

Here are ten simple tips to guide you in basement finishing:

Before you even get started on your basement finishing plans, check first if your basement is not prone to moisture problems that could lead to water pooling inside. Inspect the exterior walls for cracks, leaks and other moisture problems. Go out and make sure that the slopes of the ground are not directed on to the foundation walls. Clogged downspouts can also create significant moisture and can bring it into the basement, so keep it clean and free-flowing.

After checking for moisture and when the design plan is done, find out whether there’s a need to secure permits for such basement finishing projects. Also, see to it that everything is done according to code especially the electrical works.

Ideally, studs are used for this kind of construction. You can use hammer and nails but a “shotgun” for studs is way more convenient to use especially for beginners. This device looks like a gun, only it is used for construction. It uses colored “bullets” that come in pretty colors – yellow, red, brown, and green, which signifies its strength or calibre.

Another solution to address moisture problems is the installation of furring strips on the walls. These strips provide half an inch of space between the interior walls and the moisture that could build-up on exterior walls. 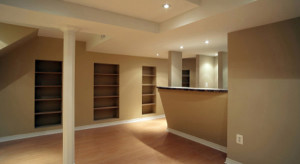 Make sure that vapor is kept outside and the warmth inside. To prevent moisture from seeping in, you can use polyurethane sheeting. Give regard also to insulation that is wrapped in a vapour barrier.

It is best to opt for suspended ceiling if passage to electrical and plumbing systems in the ceiling is necessary. But you can also create access panels if drywall ceiling is desired.

Since basements are built below the ground, usually natural light cannot get into the space. And most basements are also constructed with low ceilings, so using hanging lighting fixture is not a good idea. Thus, recessed lighting, such as cove lights are perfect for the space.

Naturally, basements tend to be cool because it’s constructed underground. So, to add warmth into the room, installing baseboard heating is a wise decision.

Basement Finishing Tip #9: Leave the furnace as it is

Furnaces are essential to keep the house warm during cold season. So, when planning for a basement finishing project, leave the furnace as it is. That way, you also save some money. But, if you must hide the furnace, you have to stick with the code, which is to ensure a space of at least two feet between the unit and the walls that surround it.

Like what is said, basements tend to get cool and store up moisture because of its location. So it is wise to put a vapor barrier by building up a wooden floor and installing insulation boards underneath. By doing so, is protecting the space between the wood and the cement.

If you are planning to have a basement finishing project, contact a licensed home contractor with years of experience. Call Scott Fowler for a FREE assessment at (334) 246-2911 or fill out a contact form request. 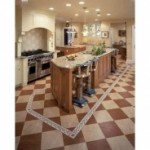 Planning to make some changes in your home? Why not "green" your home remodeling? A green home is a healthy home for the environment and your family. But where should you start? Well, keep reading and find out Green Home … END_OF_DOCUMENT_TOKEN_TO_BE_REPLACED 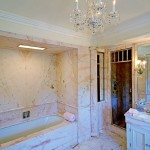 Celebrities live life like nobody else. They have fame, fortune, and just about anything their heart desires. Many of us do dream of living that life, so how about let us start by recreating the most private part of their … END_OF_DOCUMENT_TOKEN_TO_BE_REPLACED 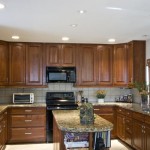 One of the most important and valuable additions to your home is a kitchen remodeling project.  The kitchen is often the most used room in the house.  It’s where people gather to cook, eat, talk, and connect. If you’re in … END_OF_DOCUMENT_TOKEN_TO_BE_REPLACED 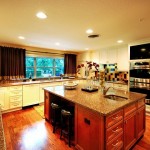 If you’re starting to feel like you’re ready for a fresh space, a home remodeling project may be the best option for you.  Whether you need extra space or just want to make the most of the space you have, … END_OF_DOCUMENT_TOKEN_TO_BE_REPLACED